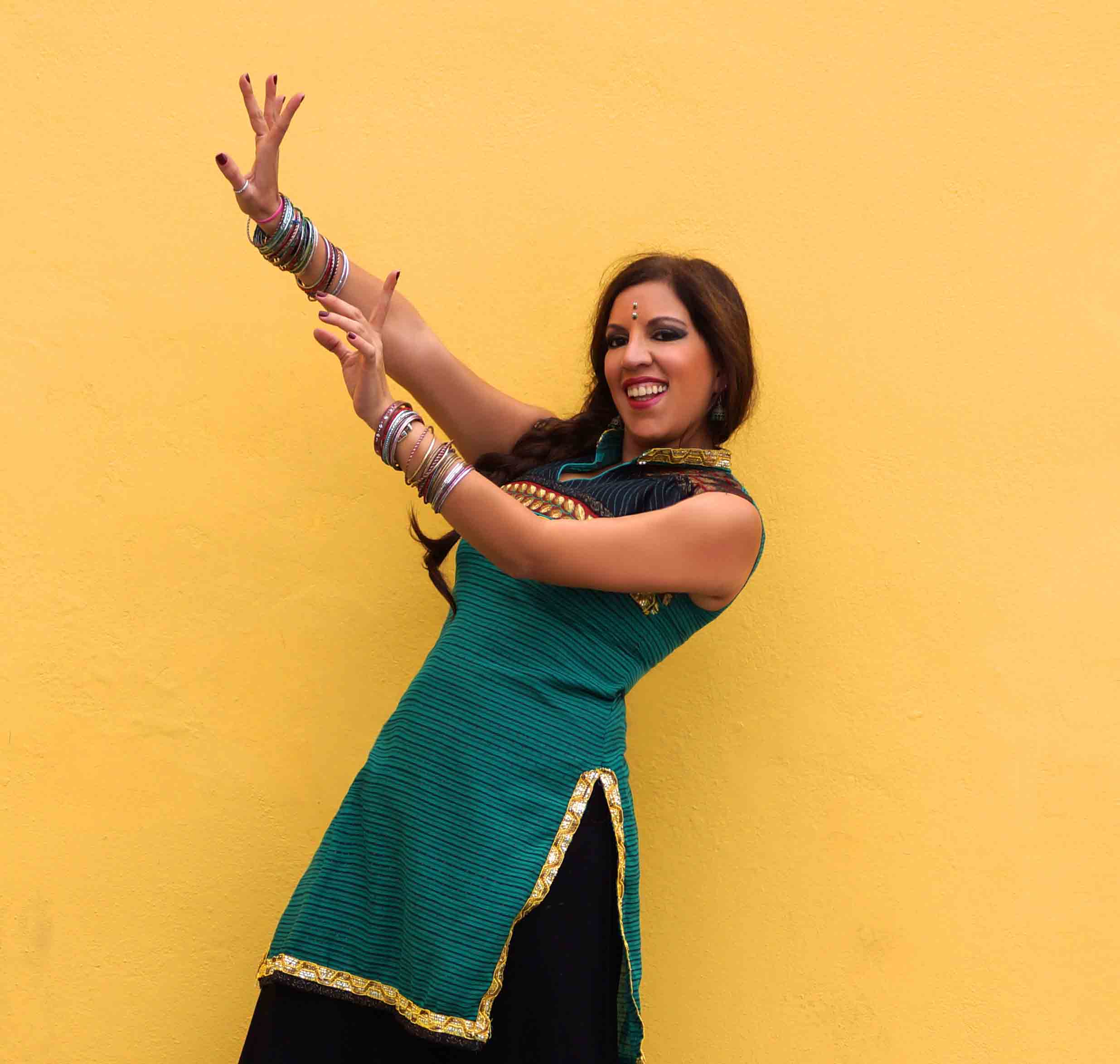 Eirini was born and raised in Athens, Greece. She started ballet lessons at the age of 6, and continued with courses of Contemporary Dance, Modern Jazz and Pilates.
She came in touch with Bollywood in 2008 and after 2011 began to work as a professional dancer and choreographer.
She had followed lessons of Classical Indian Dances (Bharatanatyam and Khatak), Bollywood (modern & classical) and also Folklore Dances from India (Khalbelia, Gorband, Bhangra, Koli, Lavani, Dappan Koothu), as well as Tribal Fusion, Hula, Oriental and Balinese Dance with distinguished teachers around the world.

From January of 2013 she is a member of 1st BOLLYWOOD DANCE ACADEMY GREECE and from June of 2013 she is a MASALA BHANGRA AMBASSADOR and officially member Conseil International De La Dance (CID – UNESCO) from December 2013.

On July 2015, Eirini was awarded with her Mater Diploma by 1st BOLLYWOOD DANCE ACADEMY GREECE.