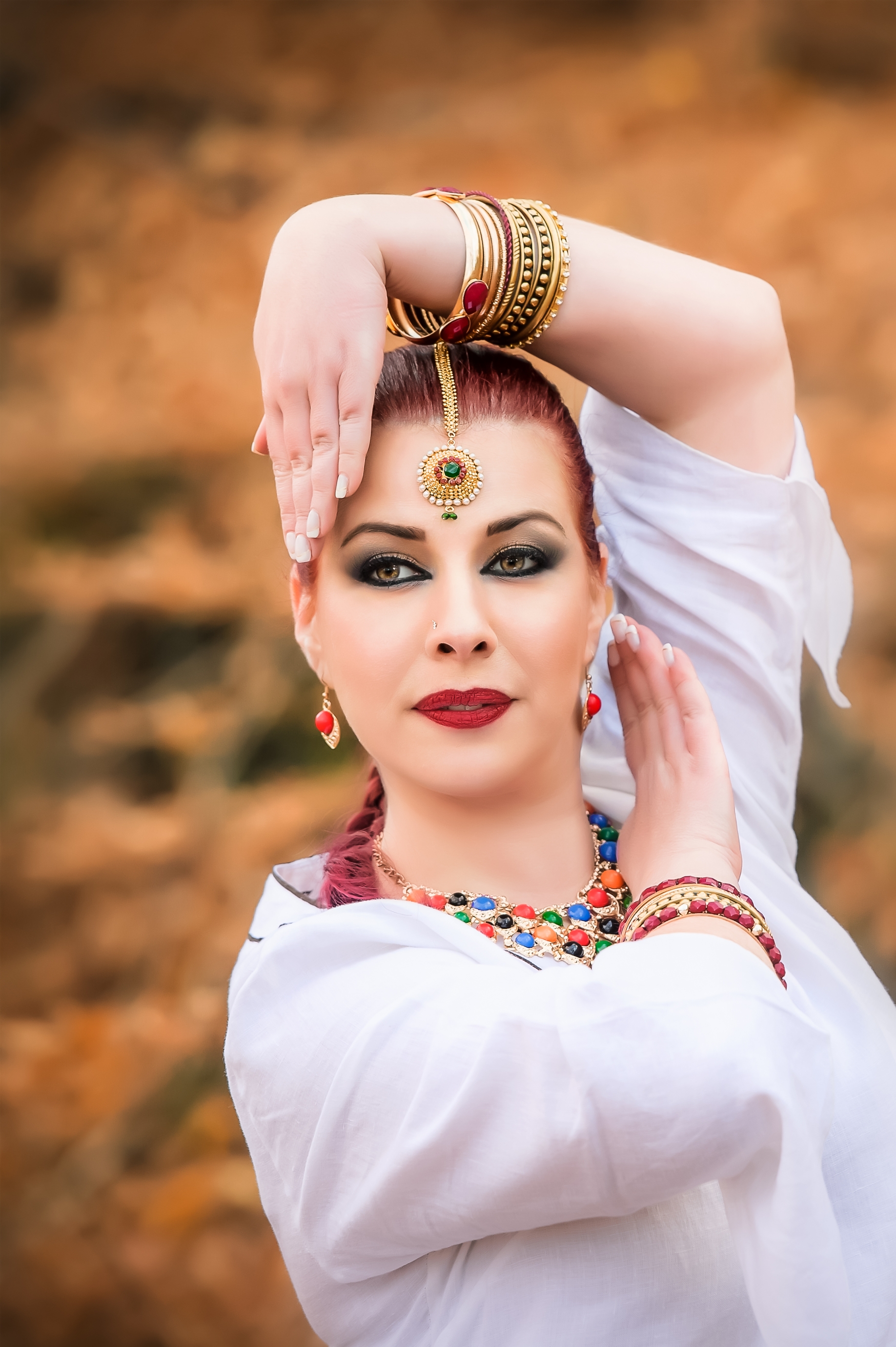 Anastasia Deligianni was born in Thessaloniki and raised in Kastoria. She studied classical ballet and modern dance at the Pancho Vladigerov Academy of Music and Dance in Sofia, Bulgaria and graduated from a four year program in 2001. Instructors included Kalina Bogoeva, Milena Simeonova, Tsvetanga Petkova, etc

In 2002, she founded the ‘Anastasia Deligianni’ dance school, recognized by the state, in Kastoria. In 2006, she attended a special technique in physiotherapy for technique improvement and injury prevention by the physiotherapist Andriani Nikolaidou. While looking for alternative ways of expression in the same year, she started her collaboration with Maria del Transito Santos, instructor and teacher in flamenco techniques. She also collaborated with the Thessaloniki dance school ‘Danza Fuerte’ and was instructed in Latin and European dance, argentinian tango and salsa, participating in many shows and events.

She has great knowledge in oriental dance since she took part in a series of seminars and master training with Safak Sahere in oriental-jazz and traditional oriental.

In 2009, she studied at the taller flamenco dance school in Seville, Spain.

In 2010, she participated in master class at the international dance academy in Varna, Bulgaria with Kalina Bogoeva.

In 2012, her love for Bollywood dance began. She attended a series of seminars in classical Indian dance in Kathak and Bollywood with Asrai (Asrai danza cultural association).

In 2013, she began master training to become a Bollywood instructor at artistic studio oriental expression and the first Bollywood academy in Greece. She attended seminars with prominent instructors both in Greece and abroad such as: Anna Dimitratou, George Jacob, sunny Singh, Sumon Rudra, elina kikili, Kleoniki Karahaliou, Eirini Georgiou, Suzata taware-Kerikoppa and Soraya Shoheib. In July 2016, she obtained the Bollywood diploma with honours. She also achieved the third place (bronze medal) at the international Bollywood competition star of the year 2016.

She organizes and participates in shows and galas in various events in all dance genres as well as participating in competitions in Greece and abroad with love for her work.