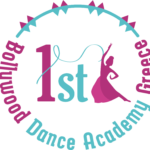 Our chief guests were the first secretary Mr.Gopal Ram , Second Secretary Mr. Naveen Sharma from the Indian Embassy along with the President of  Hellenic-Indian Cultural Association, Mr. Maghar Gandhi. We were also honoured to have the President of the  the Director of the Czech Center of Athens, Mrs. Lucie Kuligova, Mr. Harmesh Singh from Indian Group Team and Mr. Avtar Chand Sodhi President of the Shri Guru Ravidas Darbar Koropi.

The audience witnessed the work of the internationally renowned choreographers of the Academy, Anna Dimitratou and Sumon Rudra, along with the professional team and all the wonderful students of the Academy, the band “Virsa Punjab da Greece” with Mentu Rattu & Jitti and invited guest artists from all over Greece. Among them teachers, dancers and choreographers like Anastasia Deligianni, Eleni Kouvaka, Kaly stasinou, Valentini Moschou, Nomi Sarmah, and the dance groups Naagin Crew, Reina Dance Crew, Kaly Stasinou Team, Shri Guru Ravidas Darbar, Fireflies Dance Crew and Bonfire Dance crew!

During the interval, there was an unexpected black out because of a power outage in the neighborhood, perhaps due to adverse weather conditions, that lasted more than 1 hour and interrupted the show’s flow. The artists and the audience waited patiently for over an hour and unfortunately the second part of the show had to be cancelled. However, something more unexpected happened! The power cut couldn’t dampen the energy of the people, our invited guest musicians got up on stage while the audience took their mobile flashlights out and the show turned into a party! With free drinks and snacks on the house, all artists and guests took turn to get up on stage and dance on the live Dhol music! The night ended on a very positive note and good wishes for the holidays.

We would like to thank everyone who helped make the event a success, and especially the Sponsors and Communication Sponsors, the members of the Academy from all over Greece, the wonderful dance groups, and ofcourse the core team of the Academy who worked for months to organize this event! Above all, a big thank you to the amazing audience, for their patience and positivity, that gave color, breath and light to this wonderful “Journey to Bollywood Dance”.

We invite all the artists and the groups that were scheduled to perform in the 2nd part of the show, and ofcourse the wonderful audience,  at the February Pita – Dance Show to complete the second part of the  Journey to Bollywood Dance!

We wish you all Merry Christmas and a Happy New Year!