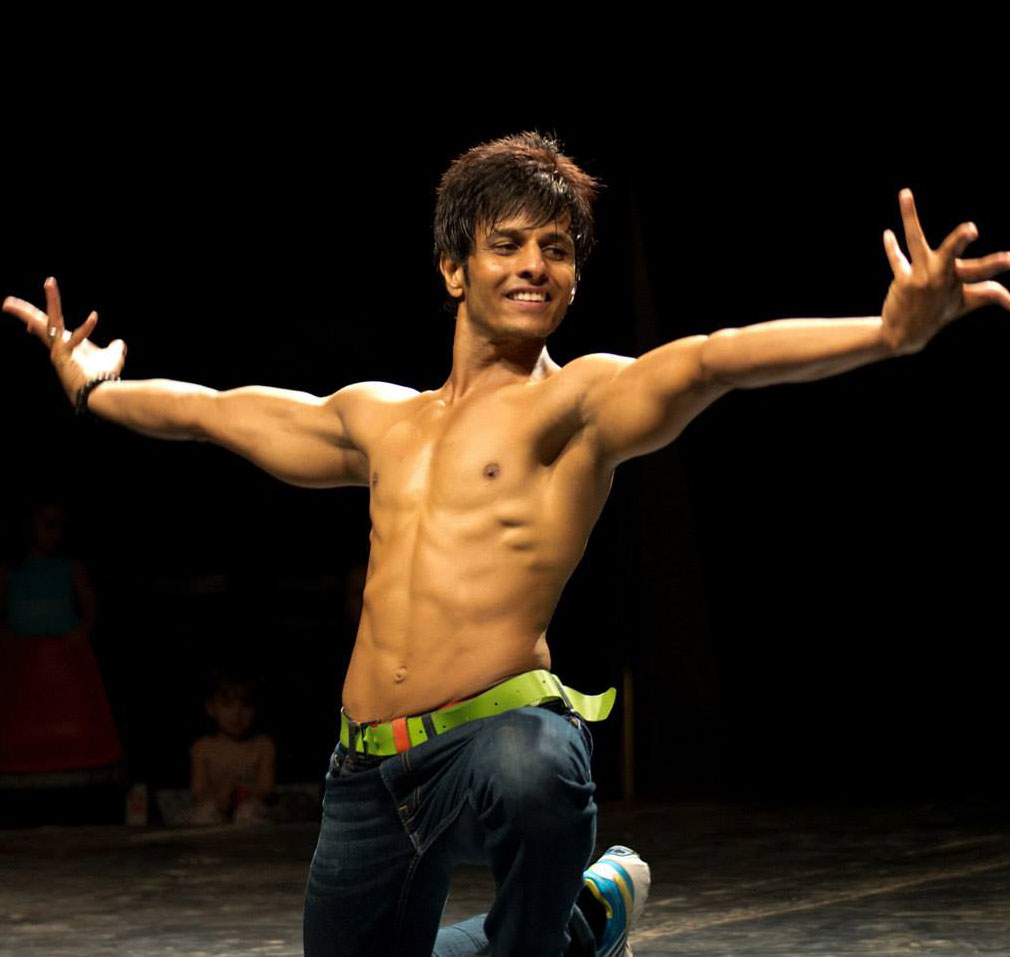 Narendra Shivajirao Patil (NASP) born in a small town of INDIA, Belgaum. He was introduced to physical movement from the young age of 14 when he began training as martial arts professional! He was awarded the Black belt in Okinawa Martial Arts in 2004. His passion for movement pelted him towards Dance, initially in the form of grooving to popular Bollywood dance numbers, and then to over the transitioning towards contemporary, yoga and martial arts. He was noticed by ace choreographer Terence Lewis, at a dance reality show which led to him receiving a 3 year scholarship with the prestigious Terence Lewis Contemporary Dance Company (TLCDC). He began his career as a professional Dancer/Performer/Teacher/Choreographer/ and grew by leap and bounds, from there on and has never looked back since.

Bollywood and semi classical being an evergreen trend in the country he was served with the finest training in these forms. Thus, leading to en number of mainstream performances and choreography pieces, which Narendra has put together by himself. Narendra has performed in many commercial stage shows and Contemporary Productions all over India and Abroad. (India, Germany, Malaysia, Thailand, France, Egypt, Australia, Indonesia, Austria, Spain, Srilanka, Jakarta, Seychelles etc.)

He has been a principal performer and senior instructor at the TLCDC for 9 years and has received training in various dance forms from teachers all over the world. To mention a few names : LauraAris, David Zambrano, Peter Jasko, Josef linda, Joe Alegado, Damien Jalet, Suzanne Linke ,Marin Leggat, NakulaSomana etc.

Training in all these Dance forms, exploring numerous movement possibilities, and finding inspiration and knowledge at various dance festivals such as Deltebre dansa, Impulstanz, Ignite-GATI etc. over the years, he was inspired to create his own dance vocabulary and it’s called – “The NASP Contemporary Vocab”.

Narendra was selected among 489 dancers from all around the world because of his rich experience and talent, as a performer and choreographer to come study under David Zambranos direction for 30 days intensive workshop (2014) of “Flying low” and “Passing through” technique in Berlin, Germany.

Narendra is currently working as an independent artist. He has been invited to teach Indo Contemporary and Bollywood at Deltebre Danza Festival, Spain; Marameo, Germany and Yoga in Zambrano’s one month “Flying Low” and “Passing Through” workshop.