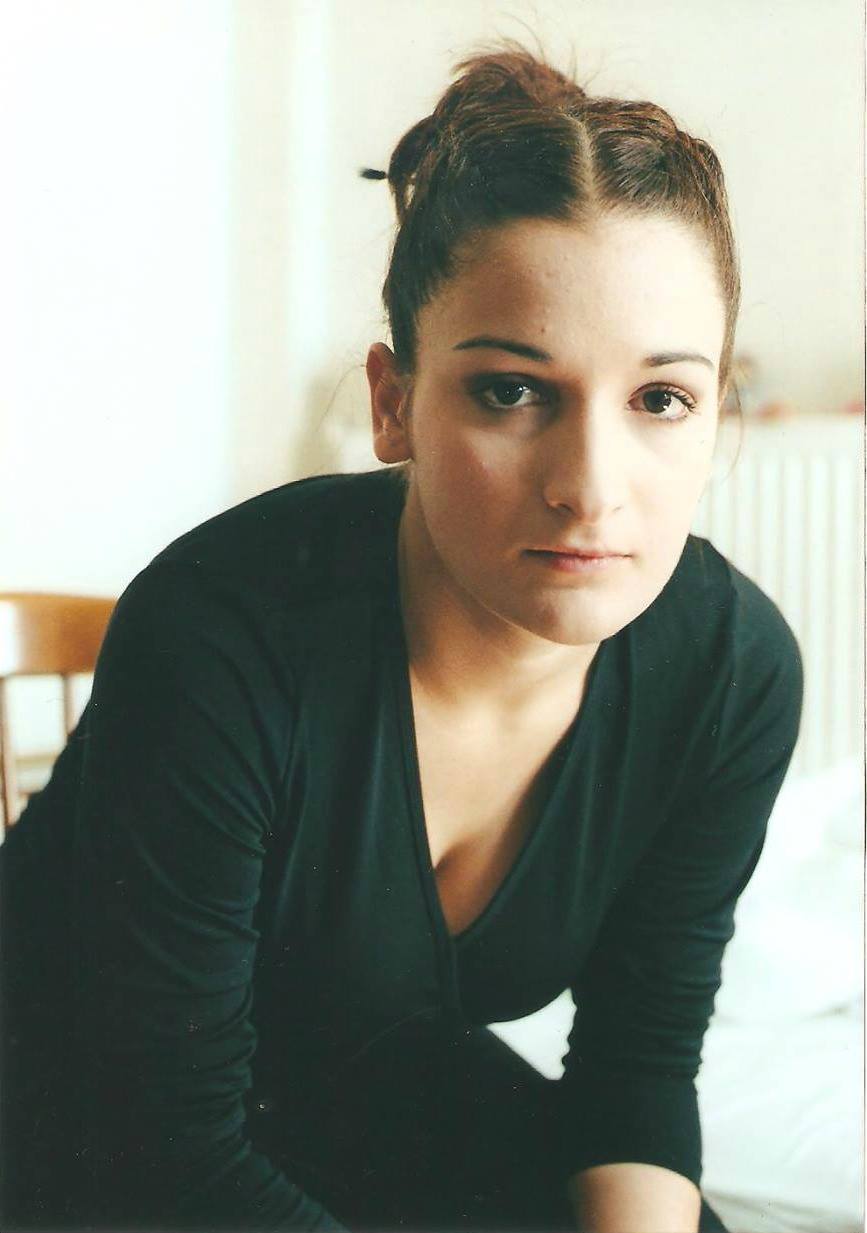 She was born and raised in Athens.
Since five years old she has been involved in athletics. She was an athlete of the Artistic Gymnastics of athletic club “EIRINI” PERISTERIOU, with distinctions in international and pan-Hellenic championships.
She is a graduate of the Department of Physical Education and Sport Science of National and Kapodistrian University of Athens and also of “Iakovos Kampanellis” Higher School of Drama in the Municipality of Agia Varvara.

From the age of eight she has been involved with Greek Traditional Dances and Theater. She has attended the three-year training of “Dora Stratou” Theater School, as well as courses at “DROMENA” Greek Dances and Folklore Studies Association.
In 2003 she collaborated as an actor with the Theatrical Organization “Forms of Expression” in the theatrical show “Distant & other Tales” directed by Thoma Kindinis.
She was a founding member of the “Exercise” Theater Company, where from 2005 to 2008 she participated as an actor in the theater shows of “America Hurrah” by Jean Claude Van Itallie and “Cherry Orchard” by Anton Chekhov, under the direction of Pericles Moustakis.
Since her early years as a university student she was coaching & instructing Artistic, Rhythmic and Gymnastics for All.
Her student athletes have participated in dozens of Gymnastics for All Festivals and Dance Competitions with great distinctions.
At the same time she teaches Greek Traditional Dances and Theatrical play.

In 2015 Bollywood comes to her life in an effort to get herself into the student’s place and come in contact with the multiculturalism of the dance in general.
She is a member of the 1st Bollywood Dance Academy in Greece, where she graduated in July 2017 with a recognized CID-UNESCO certification.
In July 2016 she participated, as choreographer at the 3rd International Bollywood Dance Competition in the Group category, where her team won the gold medal.

In the following year, she participated in the solo category and she was voted Bollywood Star of the Year 2017 winning the gold medal.
Always supporting the phrase “Old is Gold,” her work has always been linked to the past and the roots of Bollywood, always trying to find a creative way to link past & today through research.