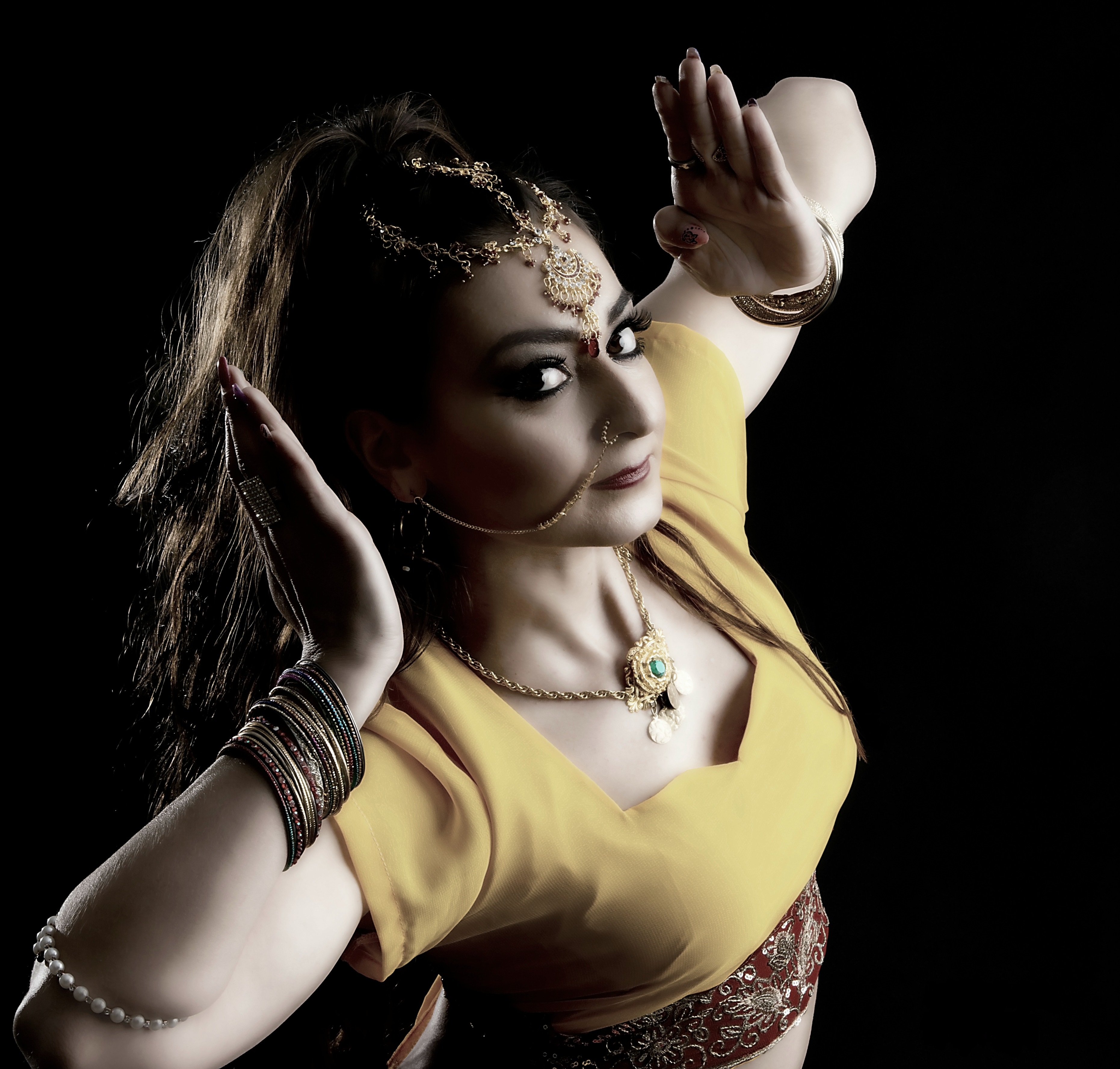 My name is Kalliopi Stasinou. I was born in 1982 and grew up in Kavala, Greece. From a very young age I was involved in a lot of sports as an athlete. However, I was always keen to learn new things and it was not until the age of 16 that I first came into contact with dance, through a dance show. I was mesmerised by the ability of the dancers to express a range of emotions through movement.

So, in 1998 I started attending classes at “Arabesque” Dance School in Kavala, owned by Natassa Sotiriou, where I trained in classical and contemporary dance. I obtained internationally recognised certificates in both classical ballet (Royal Academy of Dance, Classical Ballet, GR5 in 2003 and Intermediate in 2005) and contemporary dance (Imperial Society of Teachers of Dancing, Modern Theatre, GR4 in 2006 and GR5 in 2007). However, I wanted to enhance my dance knowledge and in 1999, I started taking Egyptian Oriental dance lessons at Kiki Salla’s dance school in Kavala, and I participated in several shows with her dance group. At the same time, I attended several seminars with talented and internationally known teachers from abroad. Egyptian Oriental dance has since played an important part in my dance career and constitutes my ultimate form of expression.

I also participate, almost every year, at an international annual Oriental Festival, “Cairo by Night”, organised by Stella Zahir in several parts of Greece. Since 2007, and after having completed the Advanced Level Zertificat by Almanar Sonja Asmahan, my stage name, is Kaly. In the same year, I started teaching Oriental belly dance to both children and adults, while I also train my own group for Dance Sport competitions. In 2010 I also obtained a professional certificate in Street Dance by IDTA (International Dance Teacher’s Association).

I have worked as an instructor in several dance schools in Kavala, but since 2015 I have been teaching Bollywood / Oriental &HIP-HOP dance at the Municipal Dance School of Kavala.

I also teach these dance styles as well as Hip-Hop and Contemporary dance in other cities (Drama, Elftheroupoli, Chrysoupoli), and I have created my own dance troupe, entitled “Kaly’s Group”.

In 2015, I organised the first “Bollywood and Oriental Night by Kaly” festival in Kavala, which is now held annually.

In addition, I have also won 1st, 2nd and 3rd prizes by participating in several Dance Sport competitions in Greece, both as a solo artist and as part of a group. I have attended many dance seminars, and I always try to enhance my skills and enrich my knowledge and pass it on to my students.