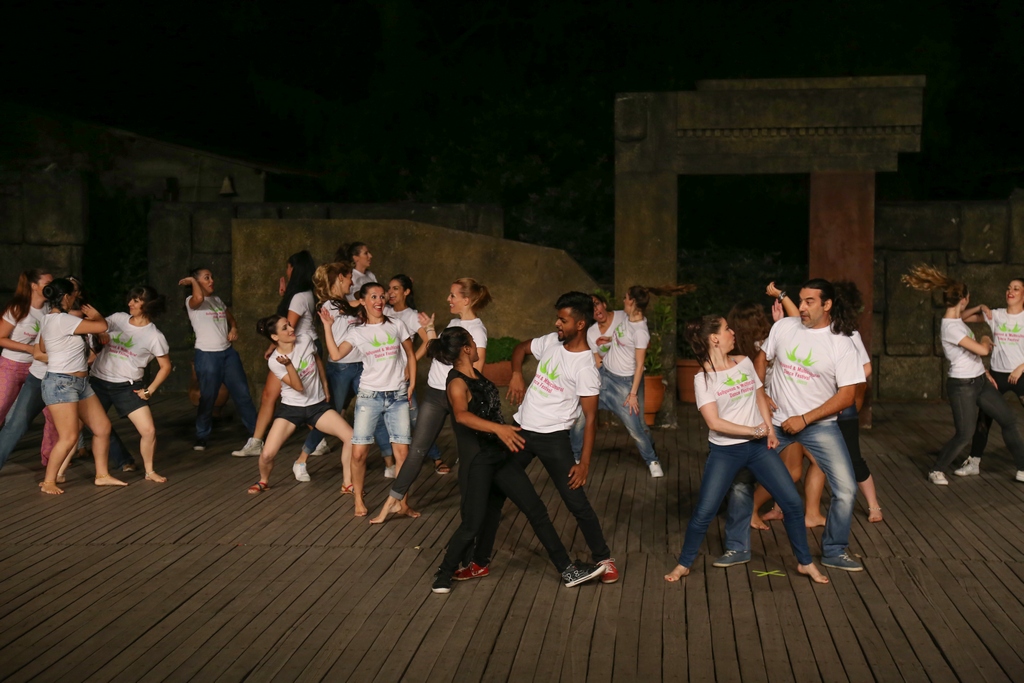 In 19 October 2016 the Athenian Public will have the chance to enjoy the modern Indian Dance Bollywood, with Anna Dimitratou and members of 1st Bollywood Dance Academy Greece!

1st Bollywood Dance Academy Greece was founded in early 2013. Academy’s main goal is to spread and extend Indian Culture and real BOLLYWOOD in Greece. For this reason, Academy cooperates with the bests teachers from Greece and Abroad and organizes annually in Athens the Bollywood and Multicultural Dance Festival!

Bollywood dance is a dancing… Revolution. It got away from traditional norms of Indian dance – while maintaining various of its elements – and formed its own style. It borrowed from West free moves and more traditional ones from India, Bollywood dance narrates us tales with intense dancing way. It is an incredibly theatrical dance, while being a really dynamic, joyful and full of positive energy dance. Every Bollywood choreography is an incredible beautiful dance-theater act play. And of course let’s not forget and our physical condition, because this dance trains almost everyone muscle group: from face muscles to fingertips and eyes.

The Bollywood Dance Presentation will last one hour (12:00 – 13:00) and everyone that will be that time at Metro Station Syntagma will have the chance to watch original Academy’s choreographies!