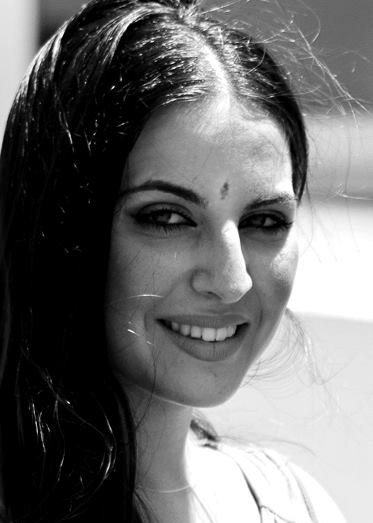 In early childhood she had her first contact with dancing as she was learning Greek traditional and folk dances for several years. Her development and love for dancing were great so by the age of 16 she had already entered dynamically the field as a professional.

With professional studies in Latin and ballroom dances from E.S.CH.E (National Dance Council of Greece) and knowledge of belly dance, club Latin, argentine tango, hip hop and flamenco, she has taught in dance schools and cultural clubs and she has participated in competitions as a dancer and choreographer, in dozens of dance performances, in dance shows and in numerous artistic events so far.

Her activity on Fitness was unveiled like a shot, as she has worked in many fitness centers as ZUMBA® Fitness Instructor and LRF® DanceXtreme Instructor (the first in the Peloponnese).

She has already managed to combine her first profession as a primary school teacher and her studies in music with dancing by giving music-movement and dance-expression lessons to children in private schools for creative activities.

Since April 2013 she is a member of the 1st BOLLYWOOD ACADEMY GREECE and in July 2015 she graduated and took her master diploma recognized by the CID of Unesco (the first graduate not coming from Athens). She has taken part in all Bollywood & Multicultural Dance Festivals organized by the Academy. She teaches Bollywood to adults and children in Patras and she has had two appearances as a dancer in Bollywood movies until now  , “Bindaas 2014” and “Tere Mere Darmiyan” 2015.

She has founded the team “BOLLYWOOD PATRAS” (the biggest dance group having taken part in the 4rth Bollywood Festival) and she has undertaken the coordination and the teaching of choreographies.

She was named “Bollywood Star of the year 2016” (Professional level) after winning the first place and being awarded the gold medal at the 3rd International Bollywood Competition.

She considers that Bollywood is a “colorful paradise” which showed her the way to meet  the ABSOLUTE JOY when dancing!